Havadis newspaper has made claims that if the local zoning plan is introduced then Ali Safa stands to lose substantial amounts of money and also his reputation.

In fact Ali Safa’s companies currently have 2,500 building permits issued under Chapter 96. Even if the new zoning is implemented this will have no effect on permissions which have already been granted. The value of those 2,500 permissions is about £250 and so there is no question of Ali Safa suffering financially.

But the same cannot be said for the people of Iskele! Current calculations suggest that the Government will be faced with a compensation claim for around $500 million for the loss of rights that will result from the adoption of the development plan. Star Kibris and ADA TV have taken a stand against this injustice.

But who is Ali Ozmen Safa? This country knows very well.

“When I returned to my hometown from England in 2003 to invest, the first sector I entered was real estate. I took 35 local companies with me to the a Property Exhibition in England and became the first person to break the embargo on TRNC.”

Cafer Gürcafer, the President of the Contractors' Association, is on record as having said, "The real estate industry owes a lot to Ali Özmen Safa"

Ali Ozmen Safa has also assited Hasan Sungur, President of the Association of Realtors, who has stated his appreciation of Safa's services to this sector at every opportunity.

He also sold 3,000 homes in England alone. It has marketed them worldwide.

He did all this with one principle. He did not leave any of his customers a victim. There has not been a single successful lawsuit filed against him to date in relation to the 1200 houses he has built in Cyprus. It's a shame that Havadis Newspaper is making false claims. How this contrasts with Ali Ozmen Safa who has given but one instruction to Star Kıbrıs and Ada TV so far is this. “Don't publish any news that you can't prove or back up.” We have been successful in this so far.

No lawsuit has been filed against Star Kibris or ADA TV claiming that it has made things up.

So what's the truth right now?

Ali Özmen Safa is being slandered because of the factual news discovered and pulished by journalists working for Star Kıbrıs and Ada TV in relation to the Zoning Plan.

Havadis Newspaper could not back up its so-called news despite being pulicly challenged by Ali Safa to do so.

Of course, every wrong has its price. Ali Safa will give an account of this untrue news in the Havadis Newspaper in court proceedings which have now been issued claiming substantial damages. 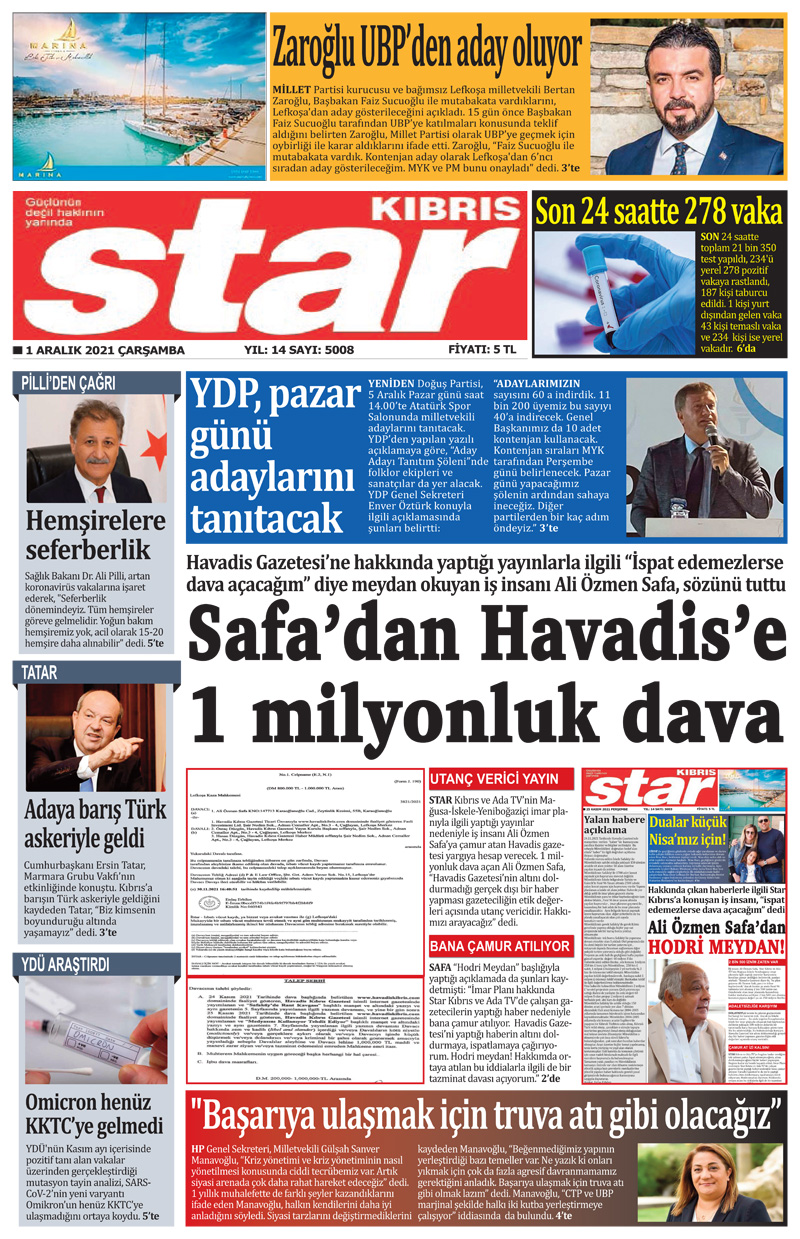 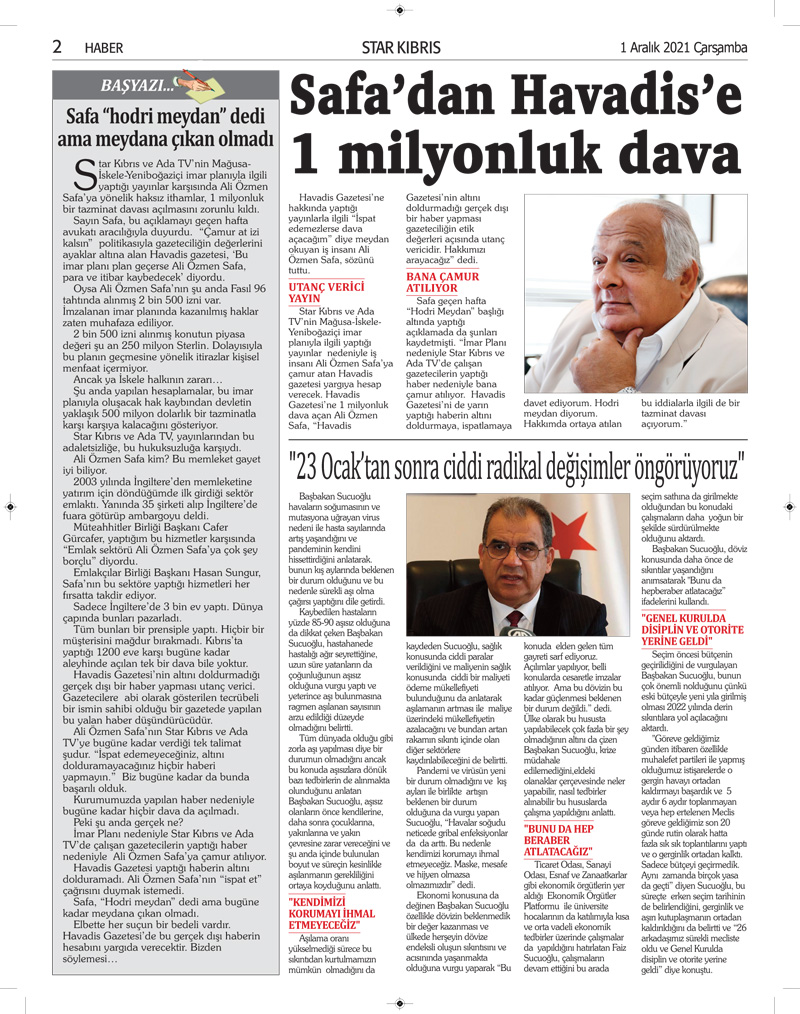