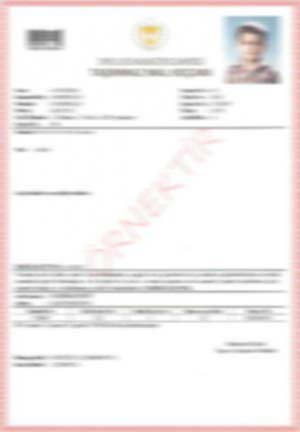 We would like to update owners on the position we have reached with the issue of deeds on our various developments.

Individual deeds have been available for issue at the majority of our developments in the Girne area. In many ways these have been easier. Our initial developments in and around Girne were relatively small, consisting of just a few properties.

Problems have been encountered at Fountain Villas. Unfortunately, the builders encroached onto land which was not owned by the Safa Group. The owners tried to resolve matters themselves with the help of Mesan,the builders. A long period was spent with no progress having been made. Finally, the Safa Group was asked to take over the process. A company which specialises in parcellisation projects has been appointed and despite the lockdown which has brought everything to a standstill it is hoped that individual deeds will be available by the end of 2020.

Riverside is one of our most recent developments and this was built after the change in the law which meant that individual deeds were available for issue at completion.

Esentepe Forest Golf and Beach is another development where there have been problems with the process for issuing the deeds. This was complicated by the fact that it was a joint venture between the Safa Group and Mesan, the builders. The Owners Committee spent a number of years trying to arrange through Mesan for the issue of the individual deeds. A request was made for each owner to contribute £1,000 towards the costs involved. However, less than 20 owners paid which meant that no progress was made. The Safa Group was then approached and have agreed to pursue the issue of deeds notwithstanding the shortfall of approximately £75,000 which we expect to recoup once the individual deeds are in hand and ready to issue to owners. The process of issuing the deeds has been complicated by the fact that after Medview ceased to manage the site unregulated further development in the way of extensions and other additional structures not included in the original plans have been added by owners and the difficulties which these raise will have to be overcome.

The position at Sunrise Beach Club has not changed since our last update. One of the last steps in obtaining the required final approval is to have the development signed off by Kibtek. It will be recalled that when the initial test was carried out Kibtek were unhappy with certain aspects and required additions and changes. Whilst there requirements were fulfilled very quickly it has proved impossible to get Kibtek to return to reinspect. We do now have their assurance that once they are back to normal working carrying out that reinspection will be high on their list of priorities. We will then be instructing a specialist company which is very experienced in the process of parcellisation to begin work which they anticipate will take a further 7 to 8 months. Whilst we had hoped that the individual deeds would be available by the end of 2020 it now seem, that as a result of the lockdown, this is more likely to be the Spring of next year,

We have previously reported that there are problems with issuing individual deeds at Hilltop Village caused in part by the refusal of a small number of owners to agree to the amendment of their contracts to rectify an error which was made by the Advocate when the contracts were originally completed. Some of those owners have not responded. Some have indicated that they wished to meet with the Advocate on their next trip to Cyprus. This group have been thwarted by the inability to come to Cyprus this Spring due to the travel restrictions imposed as a result of the Coronavirus pandemic. There is also a further issue affecting the issue of deeds at Hilltop Village which results from the suggestion that owners and or their Committee may wish to investigate changing the arrangements for the provision of water and the treatment of dirty water and sewage. Given the nature of the process for getting final approval until the way in which owners wish this to be dealt with are finalised there is little point in starting on one basis when any change would invalidate the whole application and require everything to be redone. The Safa Group have contacted the Committee to explain the position and to invite them to consult with owners to provide the assurances that are required to make. Depending on the results of that consultation and the decision of the Owners' Committee and resolving the outstanding issues over the incorrect contracts further progress can be made.

At Seaview Resort the required assurances have been given that the current arrangements in respect of water and dirty water and sewage treatment have been given. The specialists referred t above are being instructed to begin the process of parcellisation but, once again, we must caution that the actual issue of individual deeds will not be concluded this year.

As matters progress we will update this information about the deeds but rest assured that the Safa Group are as keen to see individual deeds issued in respect of all our properties as we are sure owners are.
Back Full Screen